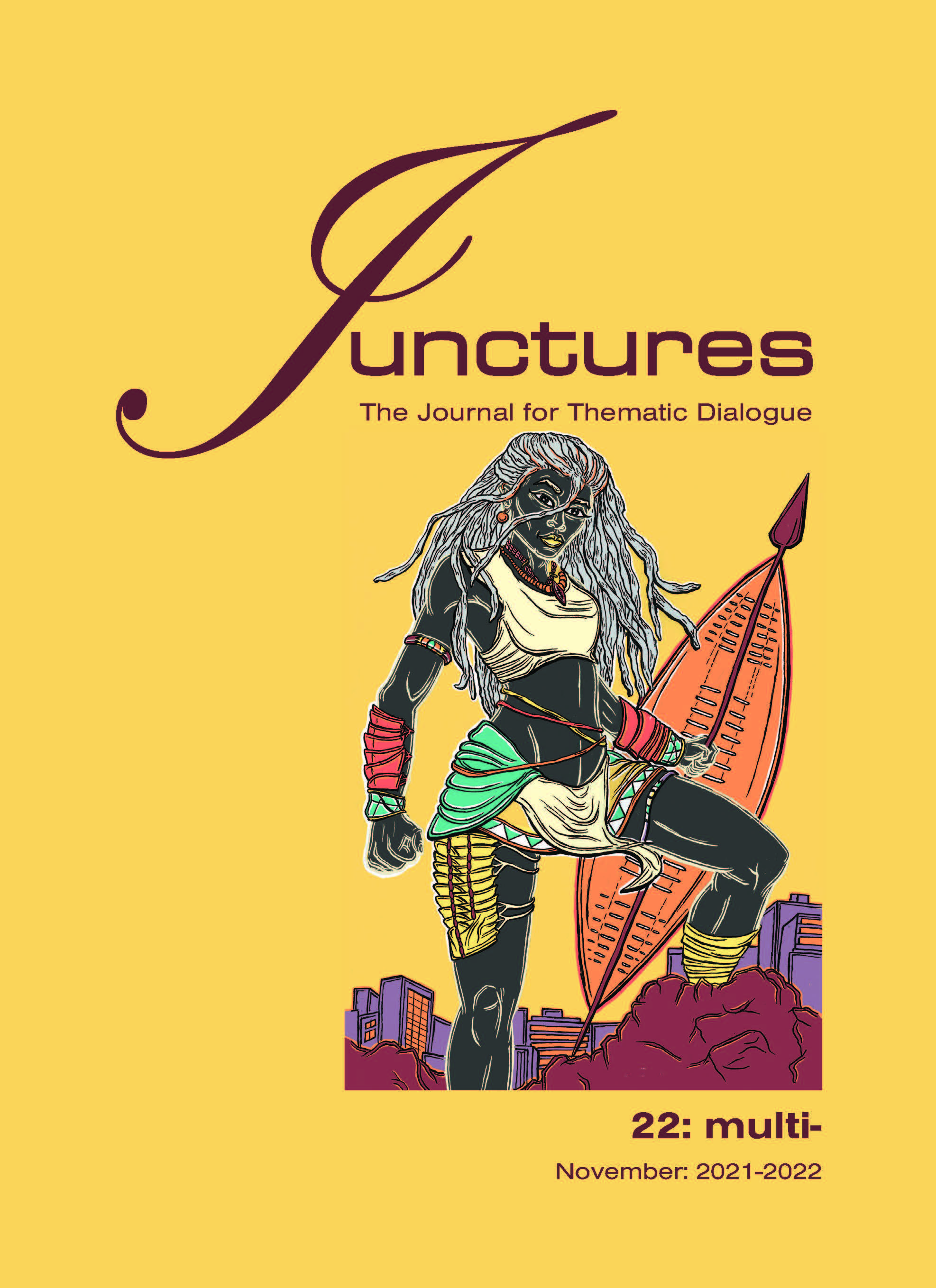 Prism-like, the 2022 Hlakanyana project at the University of Johannesburg’s (UJ) Faculty of Art, Design and Architecture (FADA) refracted both clear and shadowy issues embedded in arts, culture and pedagogy in a society grappling with decolonisation. Participation in the project indicated that transformation imperatives have been compounded by the socio-economic consequences of a two-year lockdown. On 8 March, some 300 masked second-year students, seated in Keorapetse William Kgositsile Theatre auditorium, were introduced to a project that has come to be known as Theatre 101. Daunted and uncertain, they, like similar groups before them, were confronting requirements of designing for an unfamiliar medium amplified by the logistical implications of group work at the start of returning to face-to-face learning. Initial responses at the briefing session indicated skepticism towards an undertaking in which multiplicities converged. My role throughout, as professional designer and academic, was that of participant–observer, and this reflexive report documents the spectrum of intertwined issues that emerged in the UJ initiative rather than pursing a single aspect for sustained interrogation.

This work is licensed under a Creative Commons Attribution-NonCommercial-NoDerivatives 4.0 International License.

Authors should note that in the spirit of open access to research Junctures is published under a New Zealand cc-by-nc-nd licence.
This licence is the most stringent cc-by licence currently available that means that people are free to read and redistribute the article but only with full acknowledgement of the author and the source. Although this licence does allow sharing of research, it does not allow any forms of commercial distribution. For more on cc licencing please see: http://www.creativecommons.org.nz/licences_explained__1 If you require your work to be published under a different licence please contact the Junctures Editorial Assistant.

Authors are permitted and encouraged to post their work online (e.g., in institutional repositories or on their personal website) with an acknowledgement of its initial publication in this journal, as it can lead to productive exchanges, as well as earlier and greater citation of published work (See The Effect of Open Access).
Author Biography

Sarah Roberts, University of the Witwatersrand

Sarah Roberts retired from the University of Witwatersrand in 2020 but remains an associate researcher at the Wits School of Arts, with an expanding publication profile. Teaching, research interests and publications straddle design and developing improvised skills of a performance ensemble. A multi-award-winning theatre designer, she has been associated with notable emergent local productions that have toured nationally and internationally. Career highlights include Nelson Mandela’s inauguration, Mbongeni Ngema’s Sarafina! on Broadway, and John Kani’s Nothing but the Truth.